Was appointed as the first Louise Gergel Fellow in November 2005

Extracts of her work and research papers are shown below 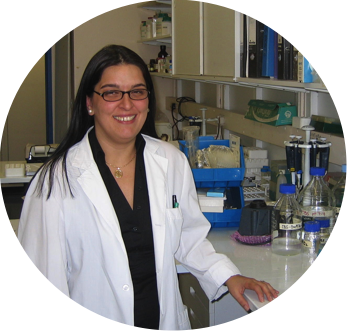 Research at the Graham Hughes Lupus Research Laboratory, Lupus Research Unit is based around a translational program with the aim of understanding the mechanisms of immunologically mediated thrombosis and vascular damage in lupus and antiphospholipid syndrome.  Other lines of research focus on prognostic markers for nephritis and neuropsychiatric lupus.

Our line of research includes:

New specificities for the antiphospholipid syndrome

4) Assessing the risk of developing the clinical manifestations of APS

5) Characterisation of the role of monocytes in the APS

The antiphospholipid syndrome (APS) is a disease also called 'sticky blood' syndrome in which the blood has a tendency to clot spontaneously. This clotting disorder can affect any vessel in the body or even, during pregnancy can be a major cause of miscarriages and fetal death. The majority of people with APS are aged between 20 and 50 years, although all age groups can be affected. It seems to be more frequent in women than men because of its effect on pregnancy.

There are two main blood tests that are used for diagnosis: 1) the anticardiolipin test (aCL) and 2) the lupus anticoagulant test (LA). Although these tests are the most clinically useful, there are a small number of people with APS (about 20%) in whom one or other test will be negative.

International research efforts are directed in 3 broad based aspects – the basic mechanisms of the disease (why patients develop the condition in the first place and why some patients develop thrombosis and others not), the clinical ramifications of the disease (a condition which can potentially affect any organ must impinge on all branches on medicine) and methods to improve and ‘fine tune’ treatment.

The common thread linking patients with APS is the presence of antibodies. Antibodies would normally have the task of defending against foreign invaders such as viruses or bacteria but in this disease, antibodies known as “antiphospholipid antibodies” (aPL) react to self-molecules, particularly phospholipid-protein complexes. The association between aPL and thrombosis is strong, but the exact mechanism for the thrombosis remains uncertain. aPL have been shown to alter platelets, clotting proteins and the blood vessel lining itself (endothelium).

One attractive theory is that these antibodies affect the clotting proteins of the blood. Recently, we have identified new targets for the aPL, which are being extensively investigated in our laboratory. Antibodies to prothrombin (a coagulation protein) have been shown to be specific markers for thrombosis. Most significantly, we have also shown that some patients with APS related clinical features, which are negative for aCL and LA had antiprothrombin antibodies, suggesting that testing for these antibodies could be of added clinical benefit. Antibodies to Factor XII, another protein involved in the clotting process, have also been found in patients with APS and their immunological characteristics are being investigated. 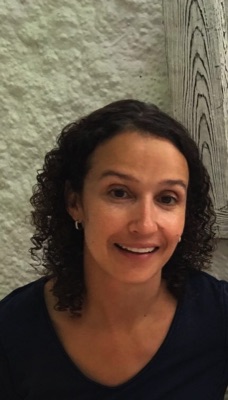 My career started out in Colombia working at the Institute of Immunology, a centre with a well-recognised reputation for studies in tropical diseases, focusing on Malaria, which is the leading cause of mortality in Colombia. Through this period I developed a passion to further my career in immunology and moved to Australia to undertake a PhD.

Recognising that macrophages are one of the leading contributors to immune related diseases my PhD focused on identifying novel macrophage-specific transcripts to contribute to the understanding of macrophage function with a view to generating candidate therapeutic targets in the treatment of immune related diseases. During this period my research was part of a major translational research project involving a joint venture between AstraZeneca and three Australian universities. In what was a successful period of research I was able to publish high impact factor papers through collaborations and partnerships with the Australian immunology community.

To expand on my international experience I undertook a post-doc position at the MRC Mammalian Genetics Unit. The Oxfordshire based unit is at the international forefront in the use of ENU (n-ethyl-n-nitrosurea) mutagenesis, a powerful methodology used to study the relationship between genes and diseases in mouse models. During this time I led several successful projects to expand our library of immune-related alleles and generate new models for inflammatory diseases.

Having established prolonged success using mouse models to explore immunological based disease mechanisms I was motivated to undertake translational research and joined UCL to broaden my research experience in a clinical setting. I have spent the last 6 years working on the pathogenesis of APS, with access to a unique cohort of patients. The project successfully identified a number of novel targets involved in the diverse pathogenic mechanisms of the disease. This success culminated in a publication in a highly recognised journal for blood-related diseases (Blood).

With this fellowship I propose to build on the exciting results generated from my research at UCL, I am particularly interested in pursuing a new biological target in the treatment of APS. This new target is in a process called autophagy, which allow cells to degrade unwanted material or to recycle nutrients. I believe that a malfunction in autophagy leads the immune system to attack the body itself, causing symptoms of disease. I have already obtained promising results indicating that APS-derived antibodies act to reduce autophagy. I now need to understand where exactly in the process these antibodies are acting and to use a number of drugs, including those commercially available, to determine which would be best for reversing the effects of APS antibodies on autophagy and treating the disease.

Outside of work I like to spend time with my family, in particular my 3 year-old son Felipe. I enjoy reading good Spanish novels, admiring impressionism and post- impressionism paintings and foreign movies, which I often use to keep up my French. Finally, I love traveling to different beaches around the world to make up for the typical British weather when I’m at home.

"I am particularly interested in pursuing a new biological target in the treatment of APS.

This new target is in a process called autophagy, which allow cells to degrade unwanted material or to recycle nutrients.

I believe that a malfunction in autophagy leads the immune system to attack the body itself, causing symptoms of disease.

I now need to understand where exactly in the process these antibodies are acting and to use a number of drugs, including those commercially available, to determine which would be best for reversing the effects of APS antibodies on autophagy and treating the disease."

•     I submitted a paper entitled: Gene expression profiling identifies distinct molecular signatures in thrombotic and obstetric antiphospholipid syndrome to the Blood Journal. This works describes the differences on the effect that antibodies isolated from patients with pregnancy morbidity (PM) or vascular thrombosis (VT) have on monocytes’ gene expression. It provides strong evidence that VT and PM APS trigger distinctive physiological mechanisms in monocytes. Our findings are important for the understanding of the pathogenesis of APS and potentially relevant to the development of targeted therapies for APS subtypes. I have acknowledged the Louise Gergel Fellowship on this work.

•     I presented my work in Autophagy in an oral communication at the 11th European Lupus meeting in Dusseldorf (21-24 Mach 2018). It was a successful talk that gave the opportunity to set up a collaboration with an APS group in the Netherlands. I acknowledged the support of the Louise Gergel Fellowship on my oral presentation.

•     Other aspects of my work in autophagy have been accepted as a poster presentation at the International Society on Thrombosis and Hemostasis (ISTH), 18-21 July, 2018.

•     Lastly, I have been testing the use of a compound called Torin-1, an autophagy inducing molecule. I found that Torin is able to reverse the effect of the antibodies from patients with APS on monocytes. This is an exciting result and confirms that APS autoantibodies are acting on the autophagy pathway and that the use of an autophagy activator could be of benefit in APS. I now have to test more samples to validate this result.

The main highlights of this work are:

1     Gene expression analysis was able to distinguish a differential effect of VT (vascular thrombosis)  or PM (pregnancy morbidly) antibodies from patients with APS on monocytes.

The support of Louise Gergel Fellowship has been acknowledged in the manuscript.

•     I attended the meeting of the International Society on Thrombosis and Hemostasis (ISTH) in Dublin. I presented my work in APS and  autophagy in a poster. I recognised the support of the Louise Gergel Fellowship on my presentation.

•     I have been testing the effect of some novel autophagy enhancer molecules in our monocyte APS model. In my last update, I mentioned I was using  Torin-1, which is a well-chacterised drug, these compounds work in a similar manner to Torin but they are completely novel.  So far, of the three compounds I tested, I found one of them was superior than Torin in inducing autophagy  which is a  very promising result. I now have to test this molecule in the presence of  the antibodies from patients with APS to see if it can reverse their effect on monocyte autophagy. Our collaborator who has provided us with the compounds is very excited about this preliminary data and is willing to give us more compounds to test. 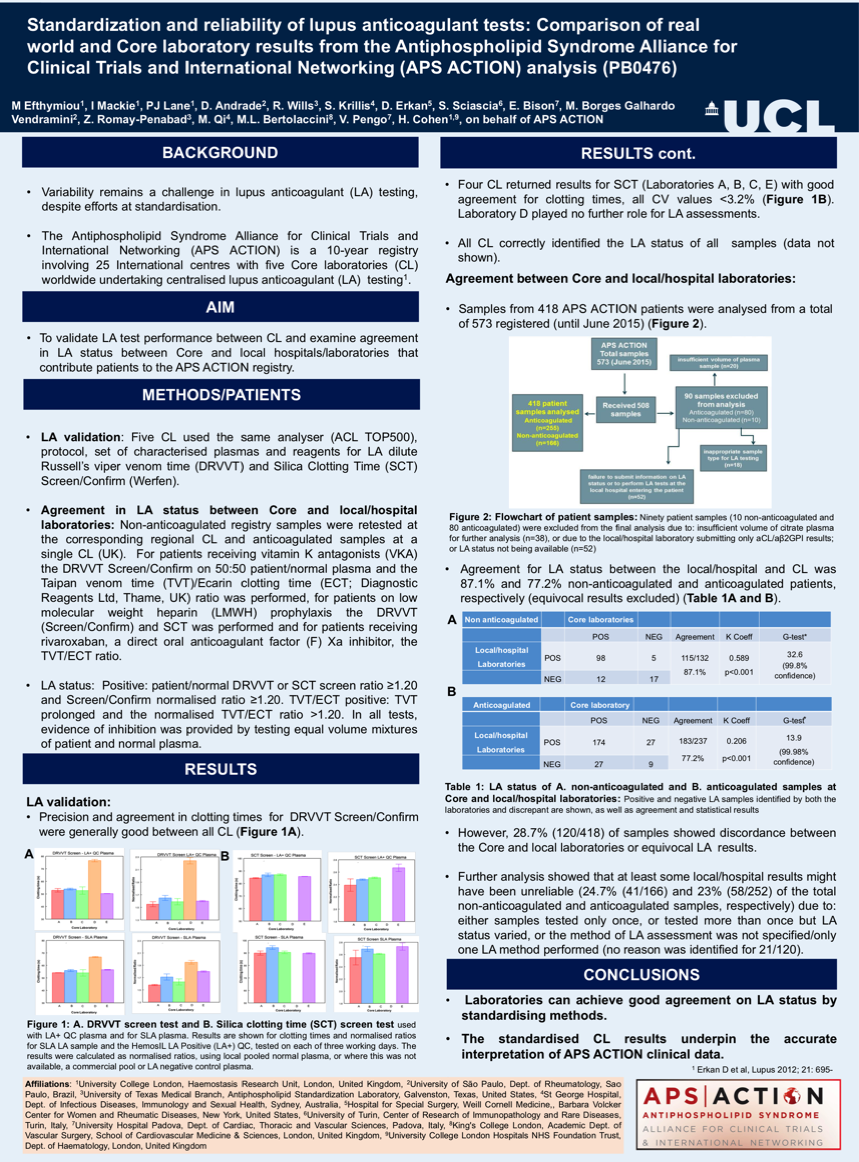 The Louise Gergel Fellowship granted a bursary to Dr Efthymiou, at the APS international conference in Manchester in September.  Dr Efthymiou has been working on APS for 7 years.

She recently presented a paper at the ISTH 2019 in Melbourne. A Summary is presented below.

"The focus of my current work is on Lupus anticoagulant (LA) (one of the three main aPL that are included in the laboratory testing for diagnosis of APS) testing with the aim to improve and standardize the performance of the test.

Accurate laboratory diagnosis of APS is crucial as these patients inherently differ from other patients with similar clinical features. In particular, the presence of aPL is associated with an increased risk of recurrent thrombosis and hence these patients are candidates for long term anticoagulation.

Detection of LA is challenging because of its heterogeneity and also due to the reagents used in the laboratory for these tests having variable sensitivity and specificity for LA that makes the tests not reliable.  False-positive or false-negative LA status may be detrimental to patient management as it could lead to unnecessary anticoagulation with the risk of bleeding, or inadequate thromboprophylaxis and risk of thrombosis recurrence, respectively. Detection of LA in patients that are receiving anticoagulation is especially problematic because anticoagulation interferes with the tests."